A lot of happy people unwrapped new gadgets this holiday: Device registrations for Read It Later jumped 148 percent from November to December—a bounce for all the devices and platforms we support, including the iPhone and iPad, Android, Kindle Fire and Firefox extension.

Which device saw the biggest jump?

This holiday it was the Kindle Fire—12.5% of all devices registered on Christmas day and an impressive 17% of new users on the day after Christmas were from the new Amazon device. As you can see below, the Kindle Fire is still quite a bit smaller than our Android and iPhone/iPad audiences (it’s also the only platform with no free version yet). As we recently discussed with Om Malik, it will be interesting to see how that adoption grows over time.

The Kindle Fire jump is more pronounced when you look at the devices activated by first time Read It Later users: 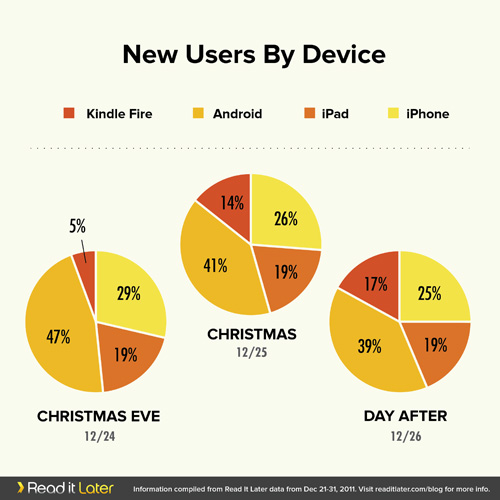 We also saw some interesting data from the Android platform this holiday. While some have claimed that Android users aren’t interested in paid or premium apps, 45% of Read It Later’s Pro users during the holidays came from Android, and 19% came from the Kindle Fire. 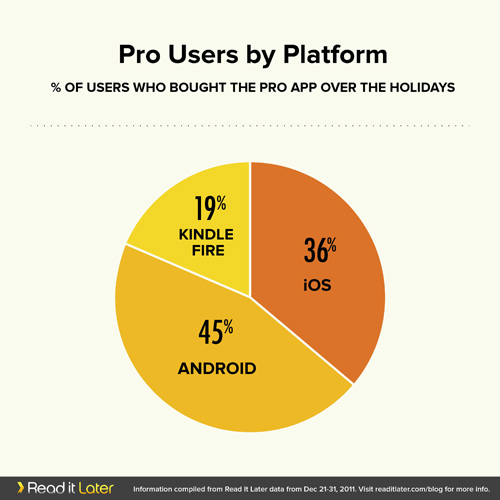 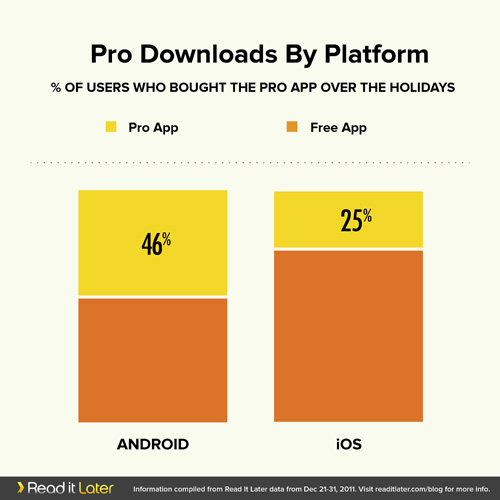 Read It Later’s Goal: Support for Any Device

Our holiday data serves as another nice reminder that Read It Later users own many different devices—and their preferences for these devices can change over the months and years. They should be able to access their content wherever they are, or whatever they own, and our goal is to offer the broadest support possible—no matter what you unwrap next year.