Though the actual game itself was a crushing disappointment – Seattle fans may say otherwise – there was still a lot to talk about following Sunday night’s spectacle.

Our analytics expert, Kenny, also happens to be Pocket’s resident football fan. He took it upon himself to round up the top stories from Super Bowl XLVIII, so you can catch up on everything from play breakdowns to the best commercials. 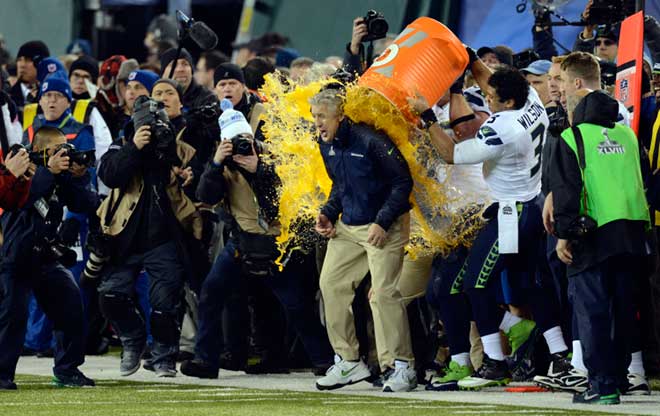 “In honor of Super Bowl XLVIII, we’re tackling 48 mailbag questions. As always, these are actual emails from actual readers.”

Mashable compiled every single Super Bowl spot, from Budweiser’s “Puppy Love” to Tim Tebow’s “no contract” ad with T-Mobile. If you stepped out of your living room on Sunday night, here’s where you can catch up on the ads you may have missed.

They say the NFL is a league for offense. So how, then, was Super Bowl XLVIII decided, and dominated, by a group of tormentors raising hell around Peyton Manning and wreaking havoc for the most potent offense in league history? This is the anatomy of a dismantling.

Are We Having Fun Yet?

On witnessing the Super Bowl spectacle in New York City.

Richard Sherman Refuses to Go Quietly into the Night

Though knocked out of Super Bowl XLVIII by an ankle injury, Seahawks cornerback Richard Sherman stayed up until the wee hours celebrating the season that was and the future that awaits him.

“All week long around New York City, everyone I saw, I would ask, ‘Do you really think the Broncos have a chance Sunday?’ Some would say yes of course they do, others would agree with me, but in retrospect, the most amazing thing about Super Bowl XLVIII is that the Broncos were favored for two weeks.”

“I’ve been writing about Super Bowl ads since 2004, and tonight’s ads collectively presented the most buttoned-up, reserved, elevated level of marketing discourse I can recall. Fewer scantily clad ladies. No chimpanzees at all. Only a single flatulence joke – and it was a well-executed, heartwarming flatulence joke.”