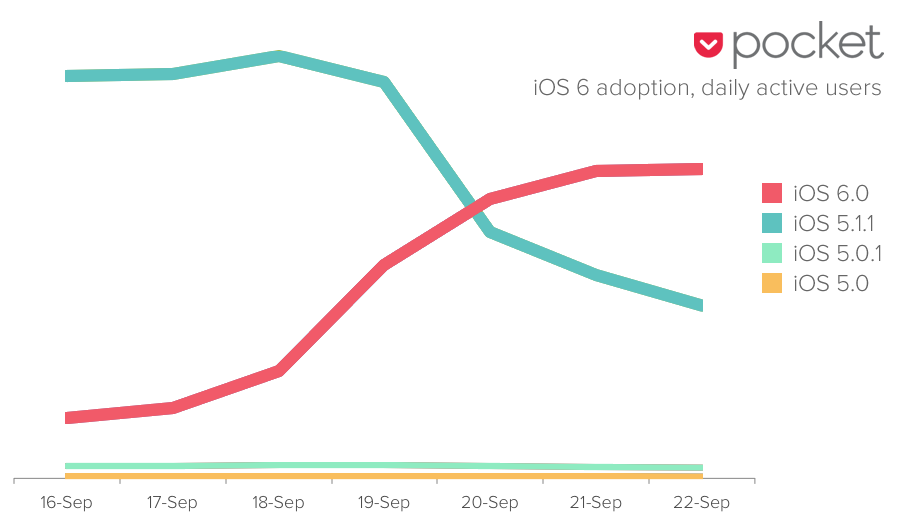 Less than a week after Apple’s introduction of its new iOS 6 and iPhone 5, we’re already seeing rapid adoption of the new software—as well as evidence of just how briskly the new device is selling.

The above chart shows the proportion of daily active Pocket users on each of the Apple iOS versions. By the end of this weekend, 63% of our iOS users were already on iOS 6.

Pocket users are also snapping up the iPhone 5—not a surprise given the latest sales numbers. Over the weekend, 20% of Pocket’s daily iPhone users were accessing Pocket from an iPhone 5. Of course, some of that popularity can be attributed to promotion of Pocket alongside the new device, but we’ll continue to keep a close watch on its popularity.

For now, here’s how iPhone 5 daily use looks alongside the earlier Apple iPhones: 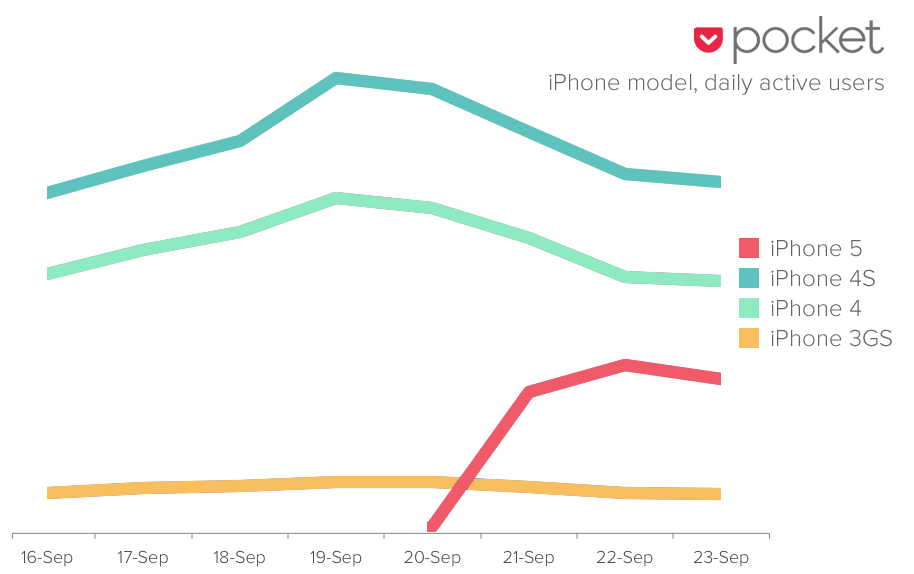 If you haven’t downloaded Pocket yet, our latest iOS update is optimized for both iOS 6 and iPhone 5, to give you the best reading and viewing experience. Get it free in the App Store.